In the NCTTA Regional Tournament that took place in Akron, OH on Feb. 22nd, 2014 (Sat.), U of T table tennis team has demonstrated its dominance in the Great Lake regions again by winning two golds, one silver and one bronze.

Coed team has faced two intense duels against Michigan State in the semis and Buffalo in the finals, both leading to the deciding fifth doubles match. But they survived from both with the strong team spirit and regained the regional champion title. The women’s team, consist of only three players: Vivien Zhou, Roxana Pao and Xixi Guo, made a miracle by making to the finals without losing a single match. Unfortunately, the fully equipped western women’s team stopped us from the champion dream in the finals. In the single’s tournament, Vivien Zhou proved her governance on the women’s side by a clear 3-0 against Western’s best player Rongge in the  final. In the Men’s Singles tournament, Alireza Ta had a close fight against Keith Pech in the semi-final and placed third. The full results can be found from here. 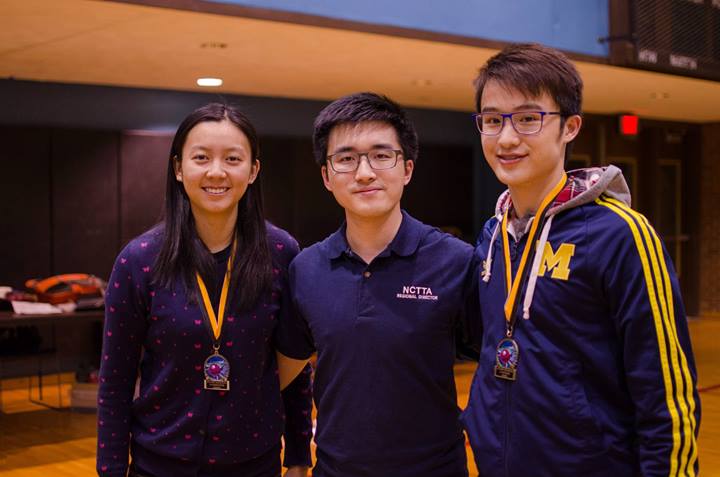